The Torrch dab pen claims to make enjoying hard concentrates simple; does it live up to expectations?

I have never done a dab in my life. Of all the ways people choose to consume cannabis, it’s the one that has always intimidated me the most: the twisting glass spires of the rig, the low hiss of the torch, the videos of people dabbing ungodly amounts of sticky concentrates.

These fears aren’t assuaged when you ask people about their dabbing experiences. A very reputable member of the Toronto cannabis community told me I’d know I’d hit a dab when I start sweating profusely. Co-workers told me tales of tearing their shirts off to escape the sudden rush of everything-at-once. Another friend told me every dab gives him that “first time ever” high. Every single time.

Intimidating at best, terrifying at worst.

But I work at a cannabis company, and it seems a little ridiculous to have this dabbing blindspot. So many people in the cannabis community swear by concentrates and dabs, chiefly among them my Herb teammate, Damian Abraham.

Damian is a dab evangelist, espousing endless enthusiasm for all things shatter, diamond and wax. His energy for dabs is infectious. When I was given the Torrch, a dab pen touting it’s appeal to novices and experienced concentrate fans alike, I knew I wanted Damian to mentor me during my first hard concentrate experience. 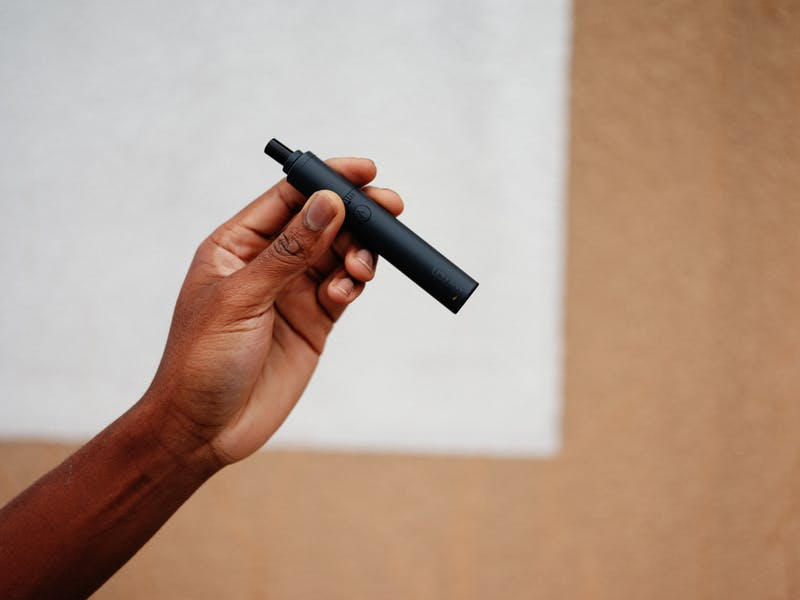 Fittingly, Damian took me to Toronto’s legendary Planet Paradise for my ceremonial cherry-popping. As he took the lid off a small container full of honey-colored THCA diamonds, he could barely contain his enthusiasm. “The thing I love about dabs is dealing with the very best elements of cannabis,” Damian began to tell me, “You’re taking apart all the active elements of cannabis and all the cannabinoids. You leave behind all the carbon and all the stuff that’s not so great for you to consume. What you’re left with is the concentrated good stuff.”

Actually getting to smoke the good stuff part of the challenge. I’ve seen Damian and others fire up dab rigs countless times, and every time I can’t help but feel intimidated. The white-hot glass, the hissing dab torches and just the sheer amount of stuff required. Even if I was braver, it at least seems inconvenient.

That’s part of what made the Torrch so appealing. On the surface, it made hard concentrates so much more accessible than the glass monstrosities I’ve seen Damian enjoying. Living up to its claims, the Torrch was shockingly easy to use. The cap popped off, where Damian loaded up a few sticky dollops of the diamond. The familiar single button system was easy to use, and five little clicks later, the pen started to heat up, reaching temperature very quickly. Definitely easier than the alternative, and infinitely less intimidating. 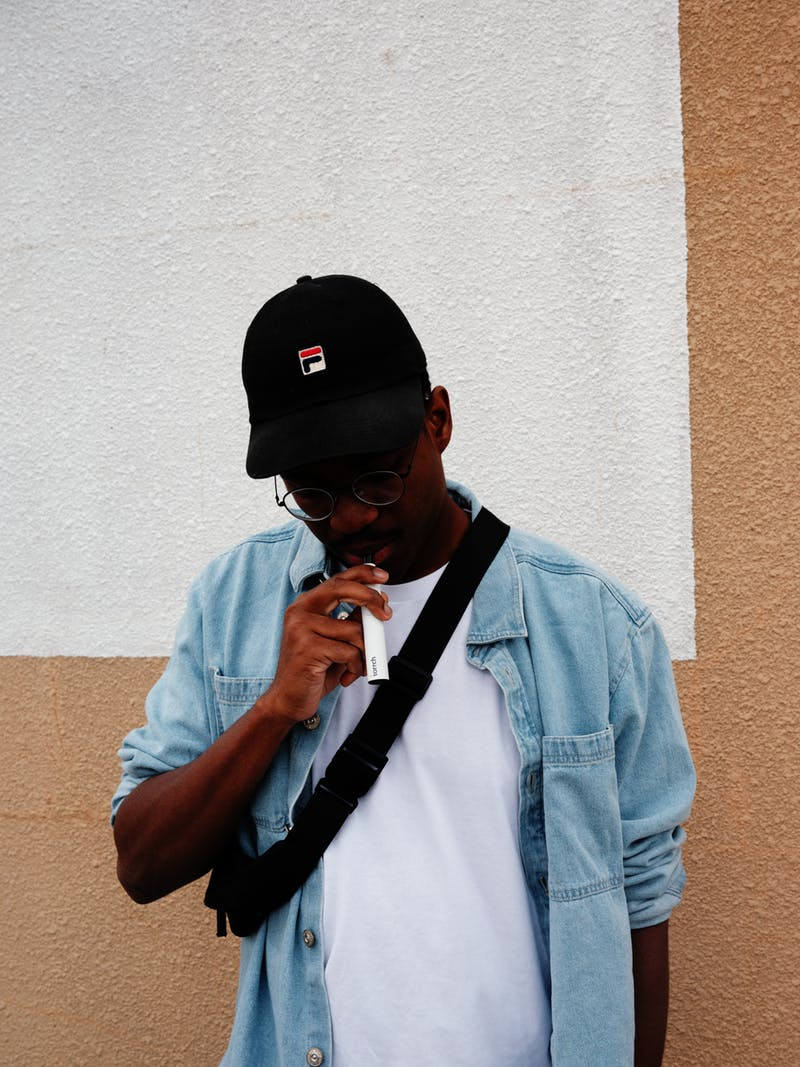 Even Damian was impressed with how clean the ceramic bowl burnt. His much larger splodge of THCA left almost no residue on the bowl when he opened the cap back up. That clean burn was evident in the flavor of the draw too, even to my uncultured palate.

The Torrch pen claims to let users access a full range of terpenes, getting the most out of your hard concentrates. While obviously not the most experienced, I really felt the different tasting notes coming through clearly.

It can take some time to build a taste for these things when burning dried herb, similar to tasting anything but alcohol in a glass of good whiskey. Even experienced consumers like Damian can struggle. “When people talk about cannabis flower and they’re picking up notes of this and that—I don’t always get that. But when I’m smoking concentrates you’re really getting all these flavors.”

The THCA diamond tasted clean and pure in the Torrch, as it’s supposed to. Damian confirmed. After his first draw, he let out a surprised “woah”. It wasn’t just my uncultured taste buds after all.

The Torrch had sidestepped my fears of enormous rigs and white-hot torches, and offered me great tasting, clean-burning concentrates. But what about my final fear? Was I going to be out of my mind high?

After letting the dust settle for a couple of minutes, I was pleasantly surprised to not be terrifyingly high. I felt the heady THC buzz, but the high felt clean and lucid, even compared to combusting other high THC strains. I asked Damian if this was the kind of high he got every time. 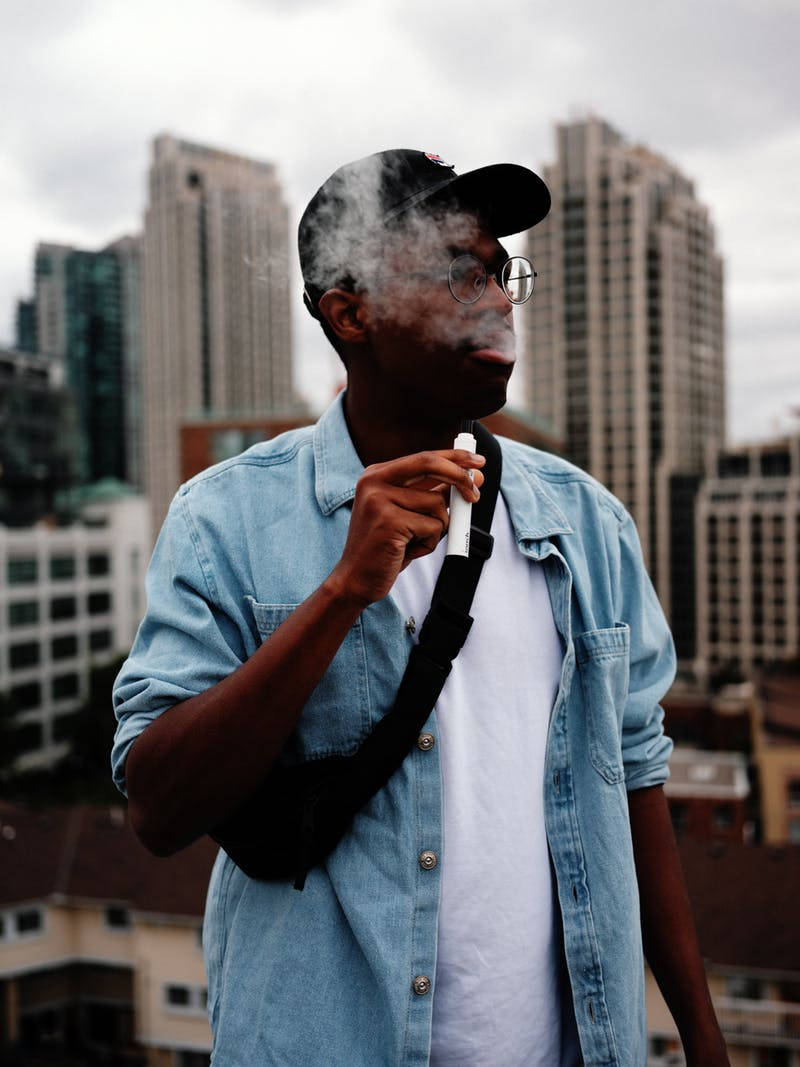 “You’re hooked now aren’t you?” he offered with a chuckle. Hooked might be a bit of a stretch, but I totally see why many people are reaching for the concentrates over dried herb. It was certainly more comfortable high than I was expecting. It packed quite a punch, but I was able to get through my afternoon meetings and even went for a jog when I was off the clock. No dab rig will interfere with my burgeoning yuppiedom.

It’s about time I should clarify; I’m under no illusions that I hit a real dab. I did, however, get to enjoy hard concentrates, their flavors, and effects, something I hadn’t done before. The Torrch helped to cut out a couple of the things that had put me off before. I could control my dosage, it was easy to use, and it tasted excellent.

Damian offered me real dab after we were finished with the Torrch. I passed, not keen to start sweating and tearing my clothes off in front of a coworker. But I had to pause to think about it. Baby steps.

Whether you’re a total novice like myself or a concentrate guru like Damian, check out the Torrch portable dab vape for an easy to use, flavorful hard concentrate vape.

Who doesn’t love a good discount or promotion? Get on our mailing list and we will hook you up!